It is estimated that already more than 80 million people worldwide are vaping. Naturally, this leads to a discussion about the implications for public health and how to regulate those products. While there seems to be a scientific consensus that vaping is generally less harmful than smoking, the debate has intensified about vaping flavours.

Estonia, Finland, Denmark, Hungary, and Lithuania have implemented bans on flavoured vaping liquids over the last few years, and other countries are in the process. As of now, Ireland seems to be next on the list. Last week, the Committee on Health of the Irish Parliamentrecommended a ban of all flavours except tobacco. In light of the recently published “State of Tobacco Control in Ireland”, report’s estimate that on current trends, Ireland will not meet its smoke-free target until 2037 (instead of 2025), this comes as a surprise. It is well established that vaping is less harmful than smoking and an effective smoking cessationaid. Nevertheless, Ireland is on the path to take away an essential part of the product, which has already helped millions of people to quit smoking – namely flavours.

This defies science and real-life experience. More than two-thirds of adult vapers use non-tobacco flavours, and those using flavours are 230% more likely to quit smoking for good. Moreover, the University of Waterloo found that 5 out of 10 vapers would turn to illegal sources or start smoking cigarettes again in case of a flavour ban. From a scientific point of view, it should be clear: flavour bans do not improve public health. On the contrary, limiting the number of options for current smokers will make it even more difficult for them to quit and simultaneously push many current vapers back to smoking. That’s everything but a public health improvement.

If politicians don’t listen to science, they at least should accept the real-life experience of other countries. Estonia banned flavours in 2020, and the result was that 60% of vapers kept using flavours by mixing their liquids or obtaining them from the black market without any quality or safety control. A flavour ban in San Francisco resulted in rising teenage smoking rates for the first time in decades. Again, not quite an improvement of public health.

Even less so when the most stated reason for a flavour ban – youth uptake of vaping and eventually smoking – will not be solved by such a measure. The relationship between youth vaping and flavours is highly overestimated. Friedman, A.S. et al. (2020) found that “relative to vaping tobacco flavours, vaping nontobacco-flavoured e-cigarettes was not associated with increased youth smoking initiation but was associated with an increase in the odds of adult smoking cessation.” There is also a higher chance of vapers moving to the black market to acquire unregulated vape flavours. So by banning flavours, politicians are failing to solve a non-existing problem and making it harder for adults to quit smoking.

Final, if science and real-life can’t persuade politicians, maybe common sense can. It is straightforward: adults like flavours too. No grown-up wants to be stuck with one kind of ice cream flavour. We need choice and variety in ice cream flavourings, but also when it comes to smoking cessation aids. Flavours also enhance the appeal of nicotine gum. If they are not problematic in gums, they should also be accessible for vapers. Dr Colin Mendelsohn, an expert in smoking cessation, found: “Restricting flavours will have little effect on youth vaping but will reduce the appeal of vaping to adult smokers.” Allowing only tobacco flavour on the market will result in many current vaping consumers not liking it for too long (“flavour fatigue”) and depriving current smokers of a much better tasting (and less harmful) alternative to cigarettes. Does that make sense? Not really, but luckily there are also positive examples of evidence-based policies.

The Swedish government was on the verge of also implementing a flavour ban, but the parliament struck it down after a fierce backlash from consumers and harm reduction advocates. Even the European Parliament admitted for the first time that vaping can help people quit smoking earlier this year when passing Europe’s Beating Cancer Plan.

It is time to bring the debate about vaping flavours back on the grounds of science and common sense. Countries like Ireland should follow the lead of progressive harm reduction countries similar to the UK or Sweden, listen to science and stop ignoring the experience of millions of consumers. If politicians want to improve public health, the flavour ban epidemic in Europe must end. 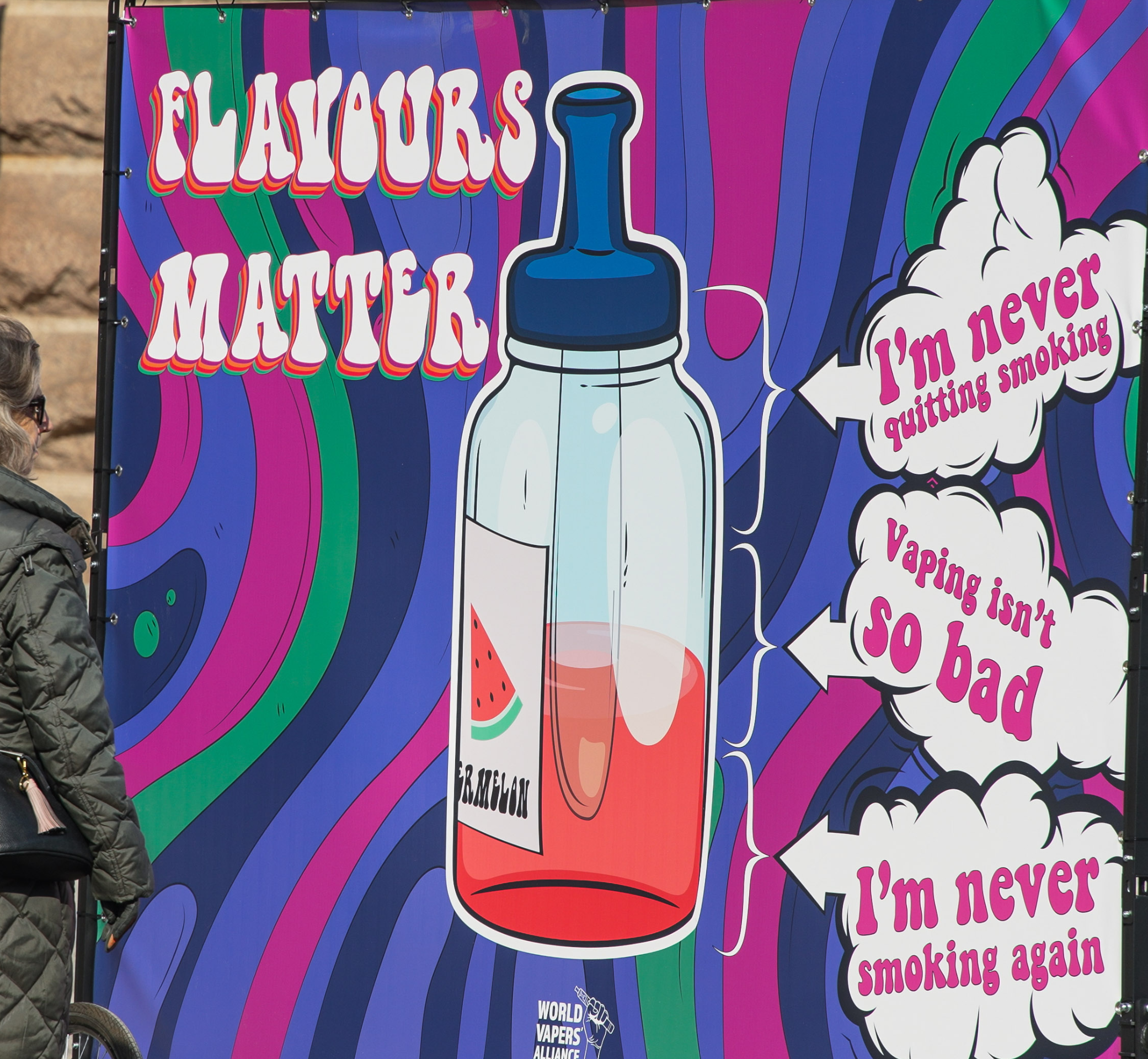